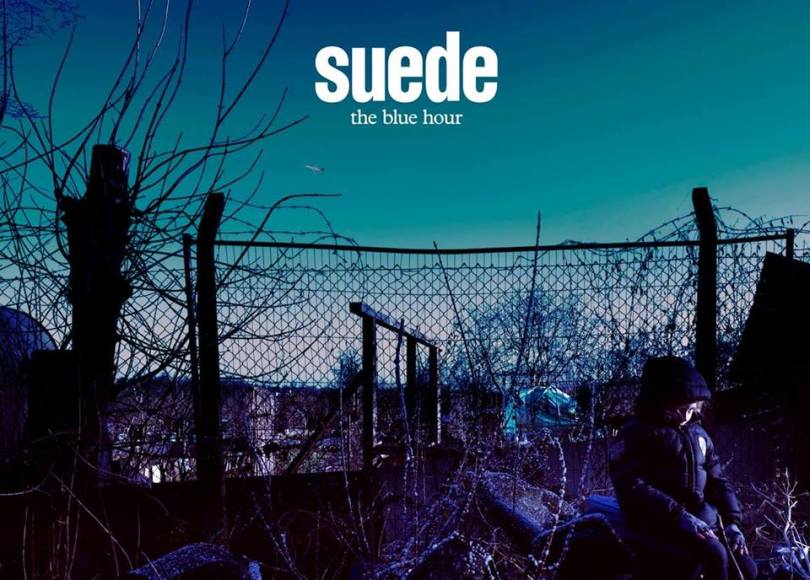 The Suede renaissance that was started by 2013’s Bloodsports continues apace with The Blue Hour, which takes the gritty cinematic scope of Night Thoughts down a dark and melancholy route. Whilst it may not have the accompanying film of its predecessor The Blue Hour is equally grand in scale – it is a series of vignettes set in a rural environment which cover despair, desolation, defiance, mourning, love, loss and hope.

As such it is not something you go if you need a quick pick me up or before a Saturday night out, it is an all encompassing and rather brooding affair which rewards patience and repeated listens. That being said it does have its fair share of classic Suede numbers akin to ‘Animal Nitrate’, ‘Trash’ and ‘Outsiders’, big, attention grabbing rockers like ‘Wastelands’ and ‘Cold Hands’.

‘Wastelands’ is a tale of running away from the horrors of life to a safe, remote place. Even this takes a left turn as it ends with an eerie piece of frightened dialogue spoken over the top of the City of Prague Philharmonic Orchestra (who pop up throughout the record). The moody ruminations, primal chanting and big drums of ‘Chalk Circles’ act as the perfect preamble to the massive hooks of ‘Cold Hands’, much like how ‘Pale Snow’ gently leads you into ‘I Don’t Know How to Reach You’ in Night Thoughts.

This album is a multifaceted beast, one moment it gives you ‘Life is Golden’, a tender, uplifting rallying cry for the downtrodden – think David Bowie‘s ‘Rock n Roll Suicide’. Then straight after is ‘Roadkill’, a bizarre spoken word piece about finding a dead bird, with that same bird buried a few tracks later by father and son in the 27 second long ‘Dead Bird.’ A bittersweet tale of an affair in ‘Mistress’ – “you’re not all that he’s got but you’re all that he wants” – then a huge, sweeping song about “small town dreaming” in ‘Beyond the Outskirts’.

The most touching track though is definitely ‘The Invisibles’, a mournful number full of the sorrow of one who has lost. An orchestral piece made even more affective by the teary eyed music video, which is akin to Bruce Springsteen’s ‘Brilliant Disguise’ video in its simplicity.

The Blue Hour is a downcast and brooding record which is tough to warm to at first. Give it time and your patience is rewarded with a wonderfully evocative album portraying the desolation, despair and darkness of it’s environment with aplomb, with only the briefest ray of hope and light breaking through.