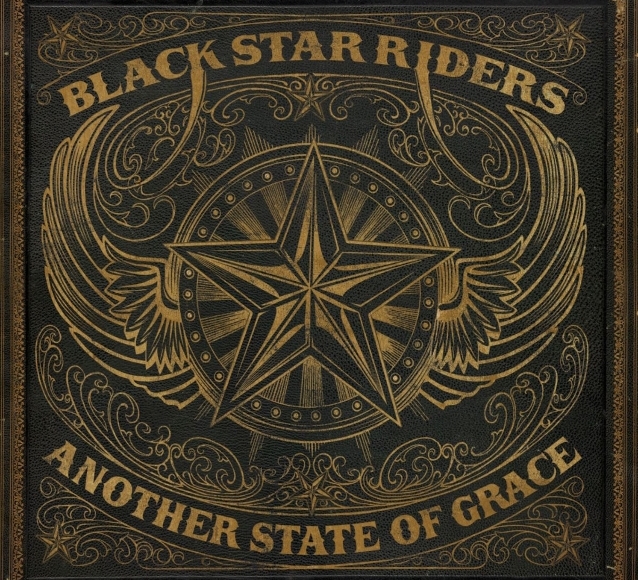 From the bouncy Dropkick Murphys like hard rock of the title track ‘Another State of Grace’ you know just what to expect from Black Star Riders fourth album. Namely more of the same finely tuned classic rock and just like their last album Heavy Fire the emphasis is very much on the anthemic, with a multitude of catchy riffs and big choruses.

The cream of the crop is the opening track ‘Tonight The Moonlight Let Me Down’, the lyrics may be generic but when the track is this joyous it is hard to care. A special note goes to the glorious saxophone solo near the end, woefully underused in Rock and just makes me want to listen to ‘Miasma’ by Ghost or ‘Radio Nowhere’ by Bruce Springsteen. Bangers tailend the album with ‘Poisoned Heart’ luring you in with a lush, arena sized chorus right from the off. In between these is ‘Ain’t the End of the World’, a sprightly rocker about battling destructive urges with a trademark Scott Gorham riff – a classic serving of BSR that could fit in on any one of their records.

They have stuck a few extra elements to their familiar sound with the best being ‘Soldier in the Ghetto’, a funky Deep Purple like number with yet another buoyant chorus. They try their hand at a power ballad in ‘Why Do You Love Your Guns’, a middle of the road effort with a softly strummed acoustic guitar, an emotive solo and a well intentioned message that is as subtle as a ton of bricks. Another softer moment is ‘What Will It Take’, a cutesy soft rocker with a sweetly harmonised chorus – not essential but a nice change of pace. Either side of this is their bread and butter, the fiery ‘Standing in the Line of Fire’ and the Foo Fighters-esque chug of ‘In the Shadow of the War Machine’ with the timely line “vote for a clown and you get circus”.

It is business as usual for BSR fourth record and, whilst it may not hit the highs of Heavy Fire, business is still going splendidly.