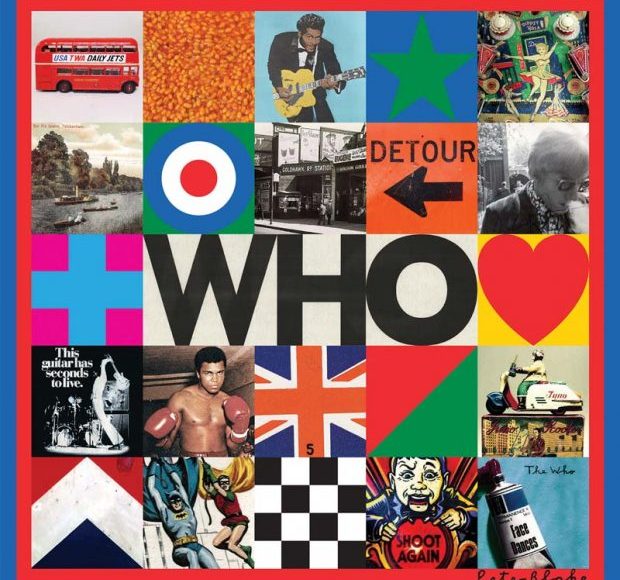 The Who have never been short of confidence and judging by the opening refrain of ‘All This Music Must Fade’ – “I don’t care, I know you’re gonna hate this song” – that is happily still the case. Who, The Who’s 12th album, sees songwriter Pete Townshend reflecting on ageing with the usual array of bravado, defiance, doubt, fear and wistfulness.

The record starts with a flourish, with the aforementioned ‘All This Music Must Fade’ a catchy serving full of their trademark bite, swagger and big, punchy chords. Big and bolshy numbers are scattered throughout the album and ‘I Don’t Wanna Get Wise’ is another such moment, which sees them looking back on “the snotty young kids” they were and their resultant success. Roger Daltrey’s voice is in fine fettle, remarkably so for a 75 year old, with the defiant ‘Rockin in Rage’ showcasing its power amidst the urgent strings and crashing guitars – “denying the curtain” indeed. The catchiest of the lot, and the lead single, is ‘Ball and Chain’ – a little ditty about guantanamo bay with a hypnotic piano melody throughout.

Alas the record suffers a slump midway that it never fully recovers from, featuring too many slow to mid paced nonentities. Songs like the soporific ‘Beads on One String’ and the easy listening pop of ‘I’ll Be Back’, they are not bad just dull. A fate that ‘Street Song’ also suffers from, despite it’s good intentions being as it is inspired by the Grenfell Tower tragedy. The lively, orchestral bombast of ‘Hero Ground Zero’ lifts things slightly as does the charming if derivative ‘Break the News’, which brings to mind Ed Sheeran – the musical equivalent of the colour beige.

The relaxed jazz of ‘She Rocked My World’ is a flat end to what is otherwise a good album containing catchy and concise pop and rock songs. Whilst it is not their best work, like ELO’s new album it is a welcome reminder of their immense and everlasting talent.