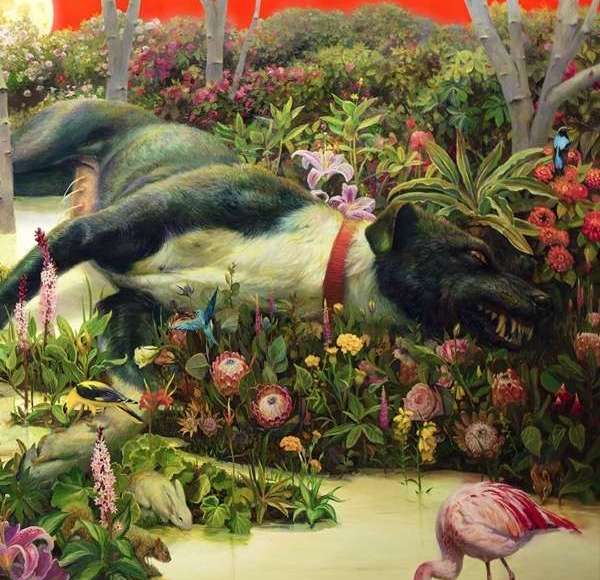 Like last years list, this is an entiely subjective compilation of the albums I enjoyed the most, the ones I kept revisiting. Enjoy.

There may have been a glut of classic rock bands over the last decade, but Rival Sons are undeniably the cream of this crop. Their sixth album Feral Roots is a continuation of their powerful and slickly produced ‘60s and 70s rock but this time more refined. Yes the straight for the jugular rockers are here – ‘Sugar on the Bone’ and ‘Back in the Woods’ – but soul and folk are also. The latter in the atmospheric, Led Zeppelin-esque title track and the brooding ‘The End of Forever’. The former in the joyous, hand clapping anthem ‘Shooting Stars’, which closes a richly balanced album that rewards the patient.

Gone is the convoluted plot, the orchestration and over two hour run time of The Astonishing, Distance Over Time is a return to Dream Theater’s trademark, more metal focused, sound. As the heavy riffs of ‘Untethered Angel’ and the heavy groove of ‘S2N’ demonstrate, it is a much welcomed return. DOT encompasses all that is good about the American Proggers – from the aforementioned metal to longer, changeable epics like ‘Falling into the Light’ and the bombastic closer ‘Pale Blue Dot’, and their penchant for melodious schmaltz as in ‘Wits End’.

Tumultuous times politically tends to bring the best out of musicians, with Brexit and the current crop of politicians sparking a fire in John Fairhurst. The Divided Kingdom is a fiery blues record which is plain to see from the opening two tracks – the impassioned title track and the Iggy Pop like, punk fuelled aggression of ‘Blood and Fire’. From the unhurried pace and sinister aura of ‘Lies and a .45’, the fuzzy lo-fi of ‘Fear’ to the lively rock n roll of ‘Boss Man’ this is a wonderful album with a very natural ebb and flow to it.

Veteran Arizonan metallers Sacred Reich returned last year with Awakening – 31 minutes of punchy and politically charged thrash metal with massive riffs and crisp production values. Whilst it may be short no time is wasted as from the off you get the Pantera like groove of the title track, and the blistering ‘Divide and Conquer’ with it’s lightning fast riffing. It is a tour de force of a comeback album with messages of hope and positivity in amongst the politics, ‘Salvation’, and some variety as well – the hooky southern rock of ‘Death Valley’.

Bands from scandinavia seem to only have two modes, heavy or cheesy, and with Club Majesty Royal Republic have undeniably chosen the latter. On the swedish rockers fourth album they have taken their inspiration from the 1980s and added liberal amounts of Dance and Pop to their sound with delightfully catchy results – be it the snappy ‘Fireman and Dancer’, the funky ‘Flower Power Madness’, the feelgood ‘Boomerang’ or the shamelessly innuendo laden ‘Anna-Leigh’. This 35 minute foot tapper is their best album yet.