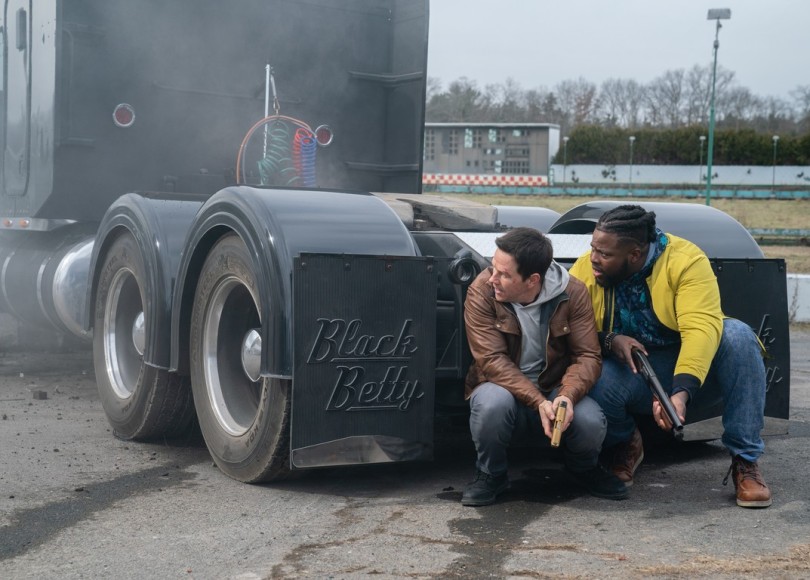 Spenser Confidential, based on the Robert B. Parker series and Ace Atkins book Wonderland, is the fifth film featuring director Peter Berg and actor Mark Wahlberg together. Mark Wahlberg is Spenser, a cop who is sent to jail for beating up his superior who he suspects to be crooked as well as a woman beater. Upon his release he vows to become a lorry driver, move to Arizona and start afresh but of course this does not happen. What does happen is that Boylan, the superior who he pummeled, along with another old colleague of Spensers are found dead and you can guess who the chief suspect is.

Spenser cannot just lay low and let things die down as he persuades his new roomie – the MMA loving Hawk played by Winston Duke – to help him get to the bottom of it all. This is the type of action packed buddy cop caper you have seen many times before, it is a stale by the book exercise full of the usual array of drugs, violence, gangs, fast cars, bent cops and dirty money. Despite its predictability it has spectacle, moves along at pace and does so with a soundtrack of American pop and rock staples Aerosmith, Ben E. King, Boston, Foreigner and Neil Diamond so there are worse ways to spend an hour and 50 minutes.

In the acting department it is pretty perfunctory, Mark Wahlberg is in a very Mark Wahlberg role, a loud mouth, macho man cop from Boston and as such runs on autopilot the whole time. Winston Duke, he from Black Panther and Us, is much more engaging but his character plays second fiddle and as such is not fully fleshed out. Spenser’s love interest Cissy is humorously played by Iliza Shlesinger who sadly you feel is only there to fulfil the nagging, constantly whining woman cliche. Post Malone is in it here and there as a jailbird, but only so they have something to put in the trailer.

You have seen Spenser Confidential and its ilk before and done better, but if you are bored, in self isolation and are lacking better ideas then go for it – at least the soundtrack is memorable.