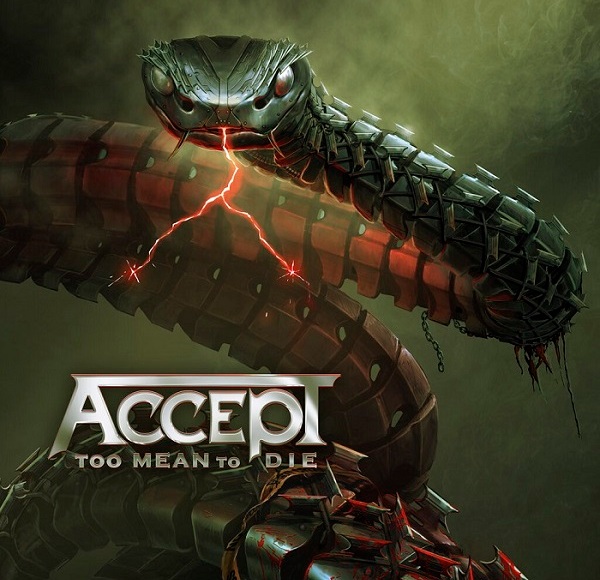 Yet another album delayed because of corona but as this pandemic is seemingly never ending bands are biting the bullet and releasing material. Too Mean To Die is Accept’s 16th album and continues their post 2010 purple patch, thanks in no small part to Andy Sneap’s production prowess.

Their gruff, heavy and melodic brand of metal is tried and tested, with the aforementioned Mr Sneap really bringing it to life. Despite the years (45 to be precise) and the recent personnel changes they have lost none of their bite; the title track’s relentless, foot to the floor beat and numerous lightning quick solos from Wolf Hoffman and newbie Philip Shouse is ample proof of this. There are massive choruses to go with the fast paced riffage, with the huge chants and pulsating rhythm of ‘The Undertaker’ assuming this mantle in a manner Judas Priest would be proud of. Without a doubt the catchiest song is ‘Overnight Sensation’, a track about celebrities in the social media age with an infectious guitar hook and an earworm of a chorus.

With a level of consistency akin to Clutch, Too Mean To Die continues a now five album streak of honest to God heavy metal that will please metalheads everywhere. Like steak and chips or a pint of bitter down your local (if only…), it is simple fare you have had countless times but when it is done right oh boy does it hit the spot. ‘Zombie Apocalypse’ does just this, it is a barnstorming track with vocalist Mark Tornillo gruffly declaring his anger at smartphone zombies over an ‘80s style metal attack. Like ‘Metal Heart’ 36 years ago, ‘Symphony of Pain’ takes its cues from classical music – with solos lifted from Beethoven’s ninth symphony (the one from Die Hard) to great effect.

Forgetting the mediocre ending , the AC/DC by numbers ‘Not My Problem’ and the middle eastern influenced instrumental ‘Samson and Delilah’, the teutonic rockers 16th album is a grand collection of burly riffs, massive choruses and air guitar worthy solos.