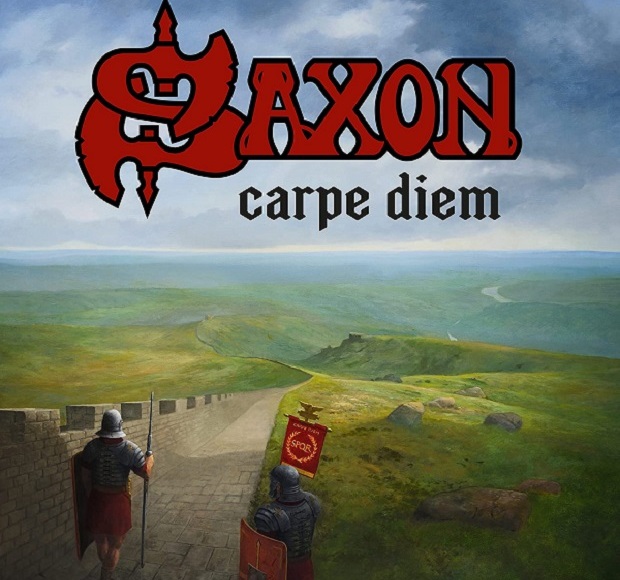 Despite a worldwide pandemic, Russia eager to bring Europe to the brink of war and frontman Biff suffering a heart attack three years ago, Saxon’s new album Carpe Diem is as reliably great as ever. As with all their albums post 2013’s Sacrifice this one is produced by Andy Sneap, and despite their many years in the business it is a timeless slab of arse kicking NWOBHM.

Similar to Judas Priest and Motorhead you know what you are going to get is good. The quality of Saxon’s 23rd record is assured from the off – with the punchy, thunderous title track getting your head banging with nostalgic glee. As with their previous album Thunderbolt, the pairing of great riffs and catchy songs with pleasingly beefy, modern production has worked its magic again. All the traditional Saxon elements are there, from the full on, foot to the floor ‘Age of Steam’, to bombastic epics like ‘The Pilgrimage’ – with Biff’s vocals sounding like the recent heart attack and the last 30 years did not happen. Credit also goes to the awesome, fiery guitar work of Paul Quinn and Douglas Scarratt.

Carpe Diem is a taut, 44 minutes that hardly lets up, and with the energetic ‘Dambusters’ and the shotgun blast ‘All for One’ – complete with effervescent solos and Iron Maiden like guitar work – you would be forgiven for thinking the ‘80s had never ended. Unlike Iron Maiden’s most recent albums, this one flies by and never at any point becomes a slog – editing is a good thing Steve Harris. It is never going to win over any doubters but that was never the point, and by the time the pacey, no nonsense nugget ‘Living on the Limit’ comes along you do not care.

It is not often that a band 45 years into their career produces something this good – Carpe Diem is a wondrous reminder of just how good Saxon are.