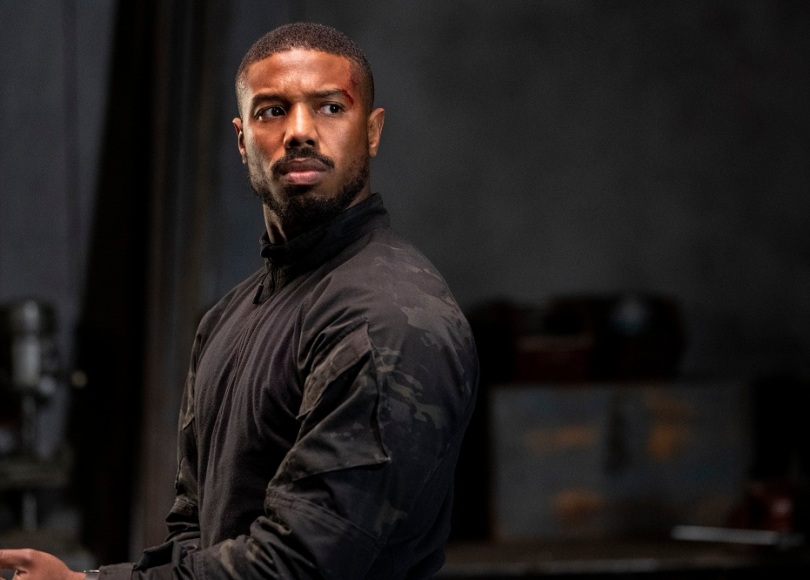 Based on Tom Clancy’s 1993 novel of the same name is Without Remorse, Amazon Prime’s attempt at a blockbuster action franchise. Michael B. Jordan (Black Panther, Creed) is U.S navy seal John Kelly who after a suspicious rescue mission in war torn Syria, comes home to suffer an attack on his life and the murder of his wife and unborn child. What follows is a blood soaked quest to find out who did this and make them pay.

It is a violent, globe trotting action thriller that is trying it’s best to ape John Wick and Jack Reacher. What director Stefano Sollima (Sicario 2) actually achieves is a dated and painfully dour mess with an inane plot that plays out like a joyless Schwarzenegger or Seagal type flick from the late ‘80s and early ‘90s. A boring story full of dodgy Russians, cold war paranoia, and conspiracy theories wrapped up in explosions, staid dialogue and video game like violence. Not forgetting the obligatory, sequel enabling ending, because there is nothing like building a house on sand hey!

The acting is alright, but they can only go so far with the rote and colourless characters they are given. We have the seal lieutenant commander Karen Greer (Jodie Turner Smith), CIA bigwig Robert Ritter (Jamie Bell), John Kelly’s wife Pam (Lauren London) and an army of goons. A wronged Michael B. Jordan is the best thing about the film but the pained John Kelly quickly turns into a remorseless, deranged psychopath you feel nothing for. The characters are as formulaic and dull as the film they are in.

A dull, remorselessly dour and cliched action flick hellbent on revenge but without an ounce of fun to be had.